When I think of my childhood in India, Ramani always comes to mind. Ramani and her wrinkled face that stretched into a gap-ridden smile, often accompanied by laughter as contagious as an afternoon yawn. Seemingly frail limbs with strength enough to squeeze you breathless by the end of a massage. Thin saris of myriad colors, always with just two accessories: huge, thick silver anklets on her leg. It looked like she had been chained by the legs in a prison and managed to break out. Ramani didn’t give birth to me but she did most other things a mother would do. She stayed in my family’s humble home provided by the Railway Commission, and worked for us day and night. Now she’s nearly 70 and continues to work odd jobs for different families in her village. She’s lived her entire life working as house help, and had little to no classroom education herself. But through her insistence and her savings, somewhere along the way all her grandchildren received college degrees: one has even made her a great grandmother, while another works as an engineer in Dubai. When I heard about how well her grandchildren were doing, I was amazed at the speed at which the circumstances of Ramani’s family have changed, while Ramani herself had stayed so much the same. In a way, her story encapsulates much of the Indian Dream as it is today.

In the 70 years of her lifetime, which coincides with the lifetime of India as an independent country, education has become the Indian Dream. We talk in America of the value of hard work and sayings like pull up your “bootstraps.” While the American conversation is centered around this idea of working hard, perhaps originated from a post-WWII prosperity where hard work gave you a suburban house and two kids, the Indian conversation seems to have been centered around education. In India, education is instead the escape from hard work. From a young age, your family tells you to study hard precisely so you don’t have to “work hard” like they had to, or struggle like they had to. For many families in India (mine included), “hard work” doesn’t bring nostalgic memories of men clocking in at the shipyard/ factory/ office and getting home by 5 to eat dinner with the family in front of the TV. It brings memories of uncertainty around where your next meal would come from. The work of educated jobs in modern India, conversely, is not the debilitating hard work of our country’s past; and for some, education is the only way to escape generations of low social status or caste expectations. So education became the promised land upon which Indians’ dreams were built.

Over time, even this need for education become more specific and demanding. From 1950 to 2005, the number of colleges in India grew by 35 times, while universities multiplied by 18 times.¹ Just from 2008-2015, the number of engineering colleges nearly doubled, while student intake more than doubled to ~2 million a year.² Part of the cultural reason for the increasing demand for education is pure competition. Due to the 1.2 billion population, there are just not enough jobs available for all the qualified applicants, and it’s understood from an early age that you have to study hard enough to beat your peers in this pursuit (the minimum score needed on entrance exams for any chance at medical school seat is around 91%).

As our education becomes more demanding and we become more ambitious, the Indian Dream slowly morphs. Once it was enough to be educated and have 3 meals a day, now it’s about having a job that can afford A/C in your apartment, a car, and children (just look at the Indian conglomerate Tata – its best selling product lines are A/C units and cars). In fact, the middle class now makes up 50% of India’s population, while households with disposable income of $10K has grown twentyfold since 1990³. Upward mobility and the Dream are being realized every day. Ramani’s family realized this middle class mobility in the short space of a lifetime thanks to her insistence on education. Of course, for those who want much higher disposable income, the Dream has often led them to leave India altogether in search of even more learning and opportunity (like Ramani’s grandson). More recently however, stories of Indians moving back to India from the US, or forgoing immigration altogether for a high-paying job in India are increasing.³ Technical education has even afforded us options for our Dream. 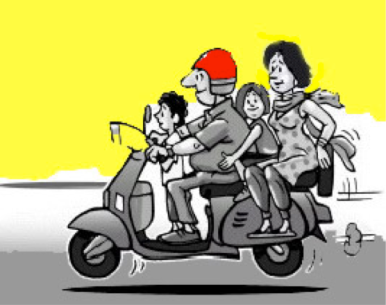 This emphasis on technical education and the speed of advancement have left the Indian Dream in a limbo of contrasts that could only be conjured in the subcontinent. On one hand, education is enough to surpass the centuries-old caste and class barriers that have so structured and defined Indian society. As I mentioned above, Ramani’s grandson works an engineering job that takes him between Dubai and India. No one there needs/ cares to know that his grandmother still works as as house help – and so his class and caste no longer define him as much as his occupation. This is the case for many young Indians working in software/ engineering fields in Indian cities – occupation is the new hierarchy. On the other hand, however, the generation of children that were born to a newly independent India in the 40s still have the memory of strict hierarchy defined by ages past and hardened by the British (this reminds me of Americans who lived before the Civil Rights Bill was passed). The fire of that memory has to run out of fuel, but it cannot be stamped out all at once, as its embers burn through passed down values. To this day, despite all my attempts, Ramani refuses to sit on the same couch as one of us who “own” the house. She always sits on the ground or a small stool. My grandmother, who’s spent the most time with Ramani, finds this to be the natural order of things and asks me to let it go every time I come to India and try to disturb the order. This begs multiple questions: would Ramani’s grandson feel hesitant to sit on the couch as our guest? Does education and a good career (i.e., the Dream) provide you a place at the table when societal baggage says you shouldn’t have one? How inclusive is the Indian Dream really?

I originally thought of writing this six months ago when I visited India in January 2017 and heard about the success of Ramani’s family. I wanted to say something purely about the progress brought by education and hope in my home country. Instead, I couldn’t help but realize that things are not so simple.

In January, I was sitting at my grandmother’s house, just passing the time on a lazy afternoon. We had informed Ramani, through her son-in-law, some days ago that my family had come to visit from the States and we’d like to see her. We received no response or any indication that she would be coming. But that afternoon, she waddled through the door, holding a single straw bag with everything she needed for 2 weeks. When she had hugged all of us and settled in a place on the floor, as the look of sheer surprise faded from our faces, I took a good look at her. She represented at once the future of all that is possible in a progressive and independent India, but also the ancient relics of caste and class-based shackles that forced us to walk when we could’ve been running. I saw in her the simple, forward march of hope. 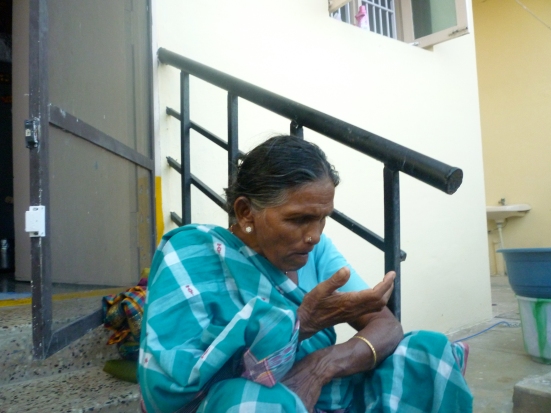 One thought on “The Indian Dream”